Sunday the clocks went forward Charlie and Bill were supposed to be at my place for 10am but this came and went so i rang bill to see what was happening , just leaving now he said had to knock Charles up he forgot to put clocks forward,

must be his age well he is aproching 100 according to Bill, Anyway they eventually turn up Charlie had decided he was going to come over th steves with us to give him the youngbirds he had bred for steve in the young bird auction we had held, with birds safetley in the van we set the sat nav, i thought it would have taken us over the woodhead pass but no we went by the motorways all the way, it seemed every juction we went passed charlie knew some girl who lived near by, so charlie must have done some traveling chasing all these women in his younger days, but saying that he still does hes out dancing most weekends but at least it keeps him active

.
It was not long before we pulled up outside Steve house, his grandaughter spotted us and ran in to tell grandad we were here. Steve met us at the front door, where he introduced us to his partner Alex and two lovely grandaughters Courtney and Megan, Steve invited us in for a welcome cup of tea, Charlie was showing Steve the two youngsters a mealey and red cheq camile gordens and as soon as Courtney and Megan saw them grandad Steve lost them

. We must have been talking for a good hour about systems breeds feeding etc even charlie was telling him how to race them which is something he as never told bill or me about i wonder why

Steve as a unusaul stock loft as the picture Shows 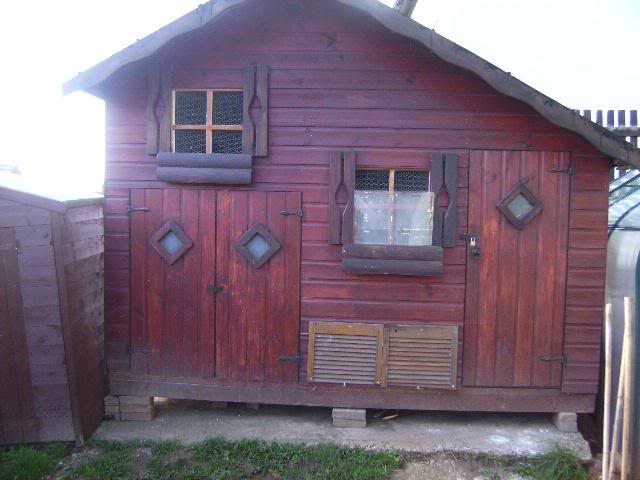 This was his grandaughters play house which had two floors he as converted into stock shed, he was telling is he still needs to put the avery on yet
Steve is a new commer into the sport, but he did use to keep them many years ago he said, the birds he housed then was the camile gordens and vanden bosch, that is why he wanted them two younguns of charlies. Steve as spent the close season buying in birds to form his own familey he as spent quite a bit on these from some to fanciers, he also brought it a few youngsters again from top fanciers, so as you can see Steve is not going to sit back he wants to be the best Also building his lofts on the compound which is about five minutes away. With Steve , alex and courtney leading the way we followed them to the compound the next picture is the first thing saw. Alex this is his first time he has been involved with pigeons, and he was telling us up untill this year he had never held one, well Alex i hope the next one you hold will be a winner 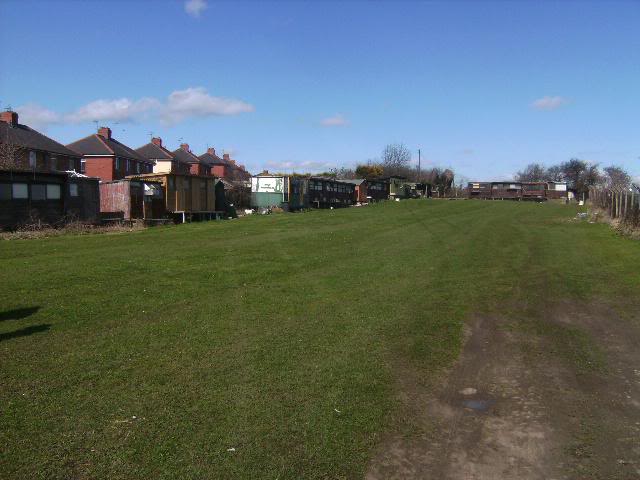 The lofts are all down one side of the compound and as Steve said the loft across the top belongs to a good partnership who do very well on the channel. The compound is owned by the council, and it is they who cut the grass empty the bins and even gave them a container to make a brew it etc, so you can imagine what this place is like on a race day and the banter going round. Steve also told us when they scrape out ,they just bag it and the people who have the allotments come round and collect it for there plots.
The next two pictures shows us all together out side Steve racing loft
Steve Alex Charile Courtney, Bill, Ken 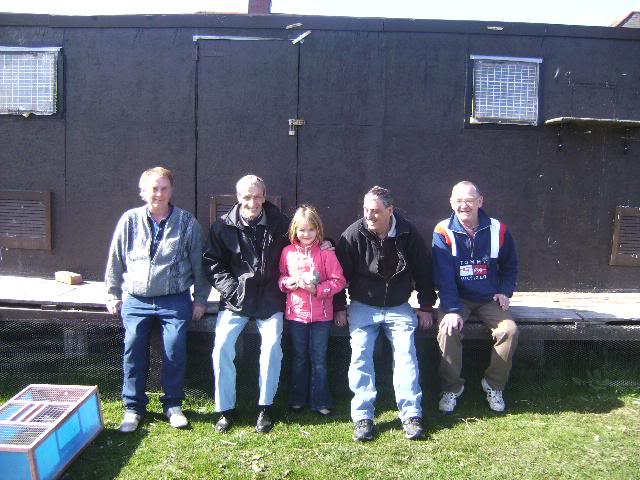 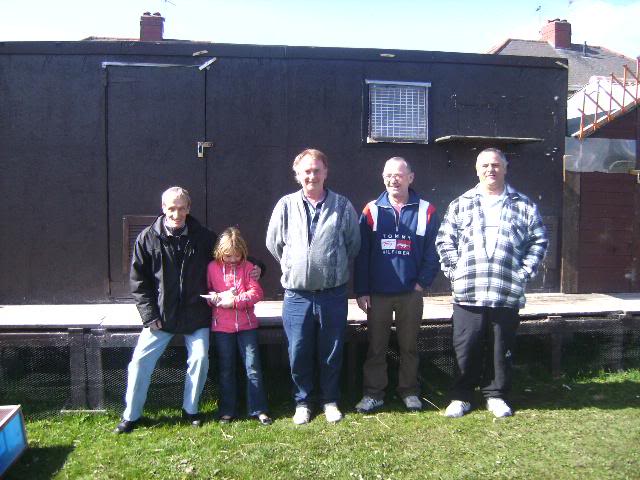 , Standing on the staging steve as a cracking view watching the birds come on raceday and from the next picture u can see Courtney getting some practice in 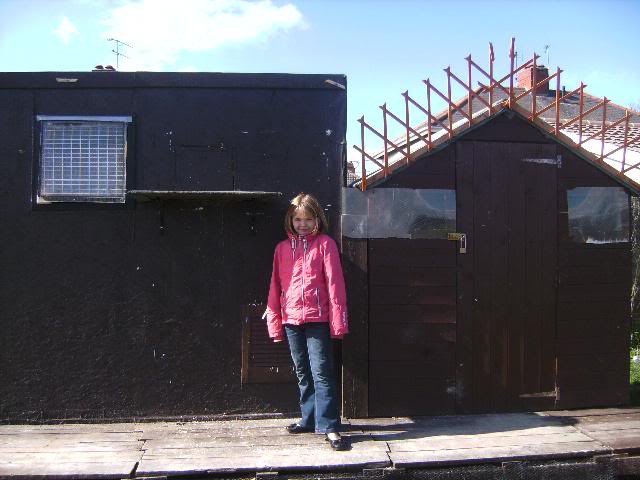 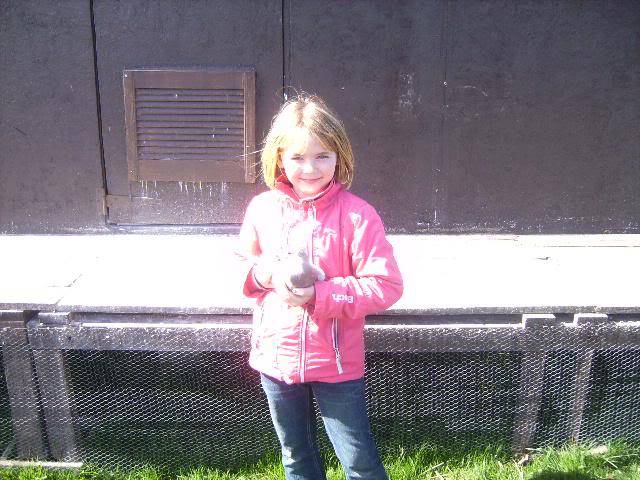 Steve then started showing us some of his youngbirds which were a credit to him and to the fanciers then he had got them off, ray peel, Ian, Martyn to name a few so here are some pictures of these birds 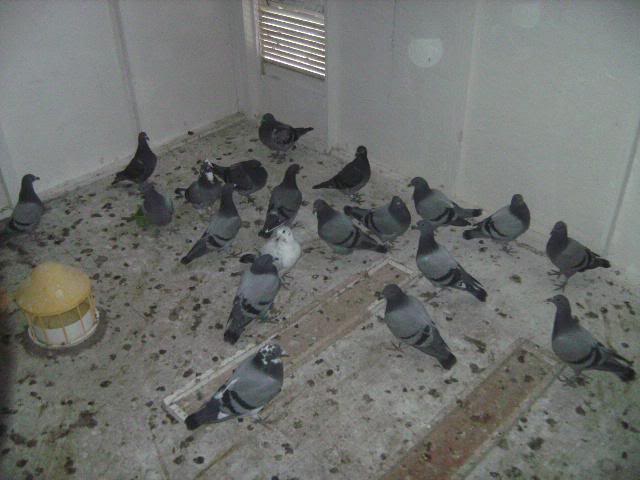 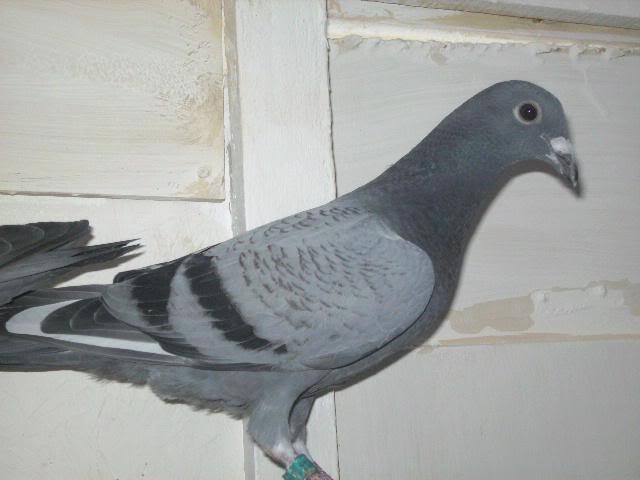 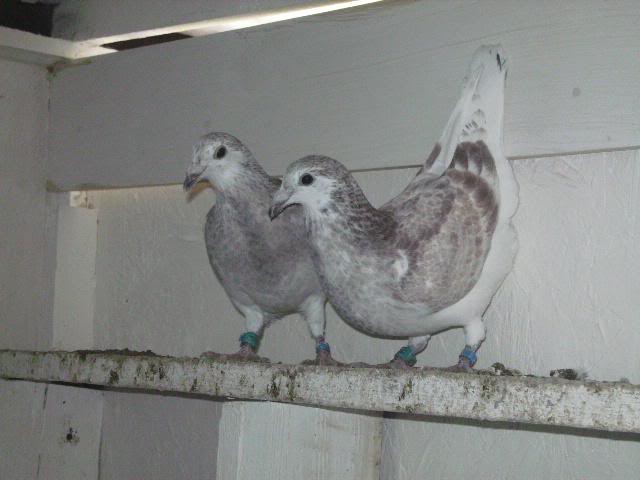 Well we were in the lofts i was watching Courtney with the birds she seems to have a afinity with them, her movements were slow the birds responded to her and in time to come i think she will be a great asset to garndad Steve.
We handled the stock birds some of which i believe came from Ray and Ian these all handled great and im sure they will breed Steve the goods to compete at the top, well done to you lads for letting steve have them, Well most of the day as gone by now and we needed to get back to sought our own birds out, so with farewell done, we headed back home this time we did go over woodhouse pass and the views from there are breath taking better than any motorway journey
Steve ,Alex Courtney and Megan, Thankyou for inviting us and making it a smashing day ur all super stars sportsmen and ladies
Ken, Bill, and Charlie
Dark Chequer

Well done Ken, I must say Steve has a nice set up, and his grandaughter looks like she may be a pigeonwoman of the future( lets hope)
Love the pictures, look like you all had a great visit

Thanks rene as you know i normally only do these for myself, something to look back on
Ken
rene

rene wrote:its good of you to post them mate it makes very good reading and enjoybal for members

I THINK that RENE is chris maidment in disguise!!! same spelling!!!

friendsloft wrote:Thanks Amanda how are you and dave keeping not seen u on much just latey
Ken

Hi Ken, Davey and i are fine.

That pencil cook is a beauty.

Oh no!!!!!!Dont tell me your an OLD FART like Big Pete